if you could have your time again... life lessons for social entrepreneurs 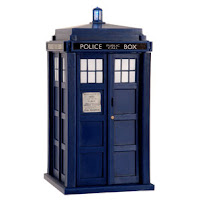 There’s a regular feature in a private business management magazine that asks prominent business leaders each issue if, with hindsight, they’d have done anything differently if they had their time again.

Recently, at a networking event organised by Social Enterprise Yorkshire & Humber and Unltd, I had the opportunity to ask a panel of prominent and successful social entrepreneurs what they, if they had their time again, and with the benefit of hindsight, might do differently. 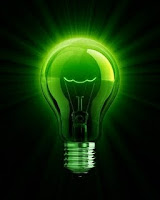 I’ve transcribed their responses below, and get the feeling that it was the question that people in the room most appreciated being asked and answered:

* Recognise the timing – most successful enterprises (social and otherwise) are opportunistic in response to emerging or changing need
* thinking more about what you want to get out of it – it’s too easy to let it take you over (something that I always counsel start-up businesses about, and have developed a tool around to manage)
* finding more resources – you can never have enough people, support or materials
* being single or having a very understanding partner
* gaining more knowledge – however much you think you know, there’s probably something crucial you’ve overlooked so never turn down the chance to learn something new
* more partnerships – you can never have enough, and you never know when you’ll need them so always be seeking new groups to hook up with
* making more mistakes – ...and learning from them as they’re the greatest source of learning you have
* don’t go it alone – take every opportunity to get together with other entrepreneurs to be encouraged, re-invigorated and refreshed

all seems really useful insight - the sort of thing we perhaps don't talk enough about, but what would your answer be?
Posted by Adrian Ashton at 2:27 PM 1 comment:

the Conservative Co-operative Movement - hoisted by its own petard?

A few years back, there was something akin to outcry when the conservative


Undaunted, the conservatives pressed on, launching their movement with a website and flagship publication “Nuts & Bolts – how to start a food co-op”, the author of which prefaces by saying that they have no technical expertise in how to set up co-ops... and the site doesn't list what co-op values are, nor link to the national federal body for the movement - Co-operativesUK


And this new movement has been subject to some criticism, not least because although espousing co-op values, it was a self-selecting body, accountable to no-one... But now, all that’s changed! It’s incorporating itself as a formal co-operative entity, with membership open to all (a snip at £10 a year!)


And that got me thinking... if enough people in the ‘main’/pre-existent co-operative movement became members, we could exercise member democracy, call an extraordinary meeting, and agree to dissolve the co-op, distributing its assets throughout the wider non-partisan co-op movement.

does your legal form make you a social enterprise?


Many argue that in order to be a 'true' social enterprise, your organisation must exhibit specific characteristics and that these must be present in one of a number of limited legal forms (limited in number and choice, that is) - asset locks, accountability to more than just investors, controls on how profits and used and distributed, and so on...


Given the complexity and range of such characteristics, most generally accept that any form of co-operative, company limited by guarantee, CIC or other similar legal forms are acceptable as 'true' social enterprises. 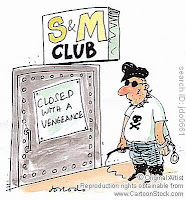 BUT - what about the S&M Club that almost became a CIC (pdf article - see p2)? the Thailand lap dancers co-operative? and so on...


Given the importance that as a sector we ensure that our image is consistent and easily understood, should be perhaps be moving away from simply accepting enterprises at face value on the basis of their legal form?

especially when those legal forms can be used for activities and services that we would not necessarily recognise as meeting social and environmental needs...
Posted by Adrian Ashton at 4:46 PM No comments:

charities and pubs - more closely related than we think?

So - pubs are now closing at a rate of one every 3 hours!

I also recently worked out that a new charity is registered every 3 hours.

Co-incidence? or a sign that either ex-drinkers are looking for new ways to occupy their time, OR that pubs are a hot-bed for charity creation?

it seems the government may have picked up on this post and and my earlier one about the value of pubs, and have recently announced a multi-million pound programme of support to enable communities to take over their own pubs!
news item
Posted by Adrian Ashton at 1:01 PM No comments:

this one's for Edward

OK, so my oldest boy, Edward, and his class are learning all about Mexico in Class 2. 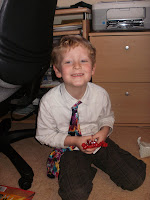 And we've found out about these great crystal caves in Mexico that appear nowhere else on the planet; only snag is, the school's IT system won't let them to the sites where they could watch clips of it, so I'm hoping that they'll be able to load my blog, and from this, see this clip...

Posted by Adrian Ashton at 7:46 PM No comments:

does our research only serve to gratify our egos?

the 'conversation piece' feature in a recent issue of Third Sector magazine (26 Jan 2010) would seem, at first glance to show that our sectors' umbrealla bodies are doing a great job at what they do: only 4% of their members are unhappy with what they get from them according to the State of the Sector Survey. 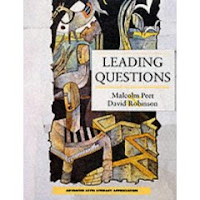 But these bodies will all be charging membership fees - so they'll only have members who feel that they're getting a good return for their money; the rest will 'lapse' and spend their money where they feel they'll get a better return, or something more tangiable and beneficial to justify the cost.

Surely a better question to our sectors' leading luminaries with regard to the support they offer their members (us) would be how many of their members fail to renew each year?
Posted by Adrian Ashton at 9:59 AM No comments: