We’ve all had the same offer from people – “it’d be great to chat some more, let me know the next time you’re in town...” But how often do we actually follow up on those invitations? And how many contacts do we have on LinkedIn and Twitter were we only know the person by the thumbnail picture in their profile? (and would you recognise those people when they subsequently grow beards or shave their hair and don’t update those same pictures… you know who you are, Ian and John ;-) And yet we’d all agree that businesses succeed or fail on the quality of the relationships that they (we) have with others.

So this summer I tried an experiment (as is the prerogative of being self-employed). I arranged to be in London for 48 hours, and started to put out word to some of those contacts on LinkedIn and Twitter to see who might be around and interested in meeting up for a chat and drink.

And just about everyone I reached out to directly replied – some to say that they were sadly away on their hols “but next time you’re in town…”, others to say that their diaries were already overflowing with other commitments, and some to suggest times and places.

I did a running commentary of each of the meetups on twitter and Instagram as I worked through my ‘dancecard’, but now I’m sitting on the train back to Todmorden to resume ‘normal service’, I’m reflecting on the experience and a few things seem to have stuck with me:

- It was cheaper to do than I thought it might have been: advance train tickets, budget hotels (which included breakfast!), and travel cards for the underground all came to about just over £200. And in being able to meet up with 9 people in that time, that seems to be a good cost ratio. 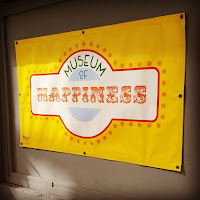 - Asking people I was meeting for their suggestions meant that I got to discover parts of London that I never knew existed (who knew that there was a ‘museum of happiness’ in Tower Hamlets?). And I never thought I’d ever find myself having lunch in Canary Wharf alongside some of the country’s ‘big city bankers’…

- It can be very isolating being a freelancer, so the opportunity to ask peers about their experiences with certain types of client or work is a useful ‘sanity checker’. However, there are some conversations that are difficult to have by phone or email unless you’re sitting with the person over a pint...

- It is possible to engineer serendipity: through ‘chewing the cud’ in general, conversations started to spark ideas and options that would otherwise never have occurred to us separately, and they in turn start to lead to new things emerging in the world that benefit far more people than myself and person I was sharing cake with at the time 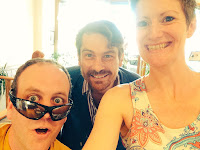 - There were some surprising moments where my reputation preceded me: people I was meeting with had invited others who had heard such tales about me that they wanted to have their picture taken with me to mark the occasion! (don’t worry – I still don’t knowingly allow a serious picture of me to be taken…)

- Having a backup battery pack for my phone was crucial: maps and other apps for navigating myself, snapping pics, and such like can quickly suck your phone’s battery life

- But sadly there wasn’t enough cake by a long shot…

And now it’s back to catch up with emails, messages, post, and such like, I find myself asking the question “was it worth it?”.

I think it was, and judging to some of the tweets and comments to my Instagram posts by others during the 48 hours, others seemed to think so too.
The chance to step back from the usual day to day distractions and chat with others without an agenda was also very liberating and allowed me to reflect on some of my own ideas and approaches in ways that I wouldn’t normally have had opportunity to.

So would I do it again?
I’m already wondering which 48 hours next year might be a good time to come back so if you missed me this time, I’m open to suggestions…

Posted by Adrian Ashton at 8:17 AM No comments:

Is ‘The Full Monty’ a promo movie for social enterprise?

I currently have the fortune to be supporting a group of South Korean social entrepreneurs who are studying for MBAs – as part of their international syllabus, they’re spending a week with Sheffield University (apparently Sheffield is one of the unofficial UK capitals of social enterprise – who knew?), and it’s there that I’m sitting on pitch panels and offering several days of mentoring support, along with other luminaries of sector support (including Laura Bennett, Morgan Killick, Andi Stamp, Dave Thornett, Jamie Veitch, and Nick Temple)

And while sitting in on one of the students’ sessions which offered them an initial orientation as to the history (and possible futures) of social enterprise in the UK, I got to reflecting on Sheffield's role in the wider landscape of social enterprise. 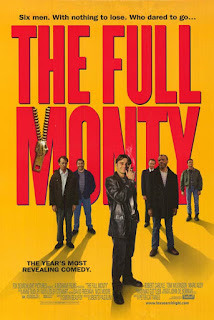 Sheffield is famous for many things, but perhaps most memorably, a movie called ‘The Full Monty’. It charted the fortunes of a group of unemployed steel workers who form a dance troupe and do strip routines… and I got to wondering if this made it a contender for being a movie that promotes the social enterprise model more generally?

Social enterprise is about people harnessing their available resources, skills, talent, (and sometimes baravdo and bluster – see some of Tim Smit’s ‘confessions’ in his books about his journey as a social entrepreneur…), in order to overcome challenges being faced by people (such as the poverty and deprivation caused by long-term unemployment).

And the ex-steel workers who formed their dance troupe were part of a community that faced economic decline and increasing deprivation caused by widespread long-term unemployment and a loss of employment opportunities.

Through their ‘market offer’ they not only created employment, but also attracted more investment into that city through customers coming in from outside the area, spending money to see their shows, and brought hope back to those who had seen only hopelessness before.

So – The Fully Monty: required viewing for anyone wanting to learn about social enterprise in the UK? (and what other movies might be similarly disguised propaganda for social enterprise..?)
Posted by Adrian Ashton at 8:44 AM No comments: