celebrating #WorldValuesDay - by exposing that most values are bull!

Today is World Values Day - and typically I'd be using it as an excuse to (re)share the annual impact reports I publish on myself to encourage people to think about how their values affect how they approach their work.

But today, I've decided to be a bit different.

Today I want to call out the bullsh!t that most organisations espouse when they list their values on their websites and paint them into inspiration posters in hallways and meeting rooms.

And it's because of this widespread tokenism that we're not seeing values have their full transformative potential to help us start to all live and share in the sort of world that we'd all secretly quite like to see come about...

Posted by Adrian Ashton at 8:53 AM No comments: 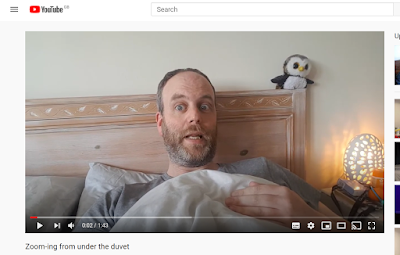 Posted by Adrian Ashton at 2:24 PM No comments: