what’s worse than not getting a grant? – having to pay it back...

I've always held that grants are probably the riskiest type of money you can try and get – not just because of the time you need to spend researching and writing applications, then waiting for trustees to read your submissions, then responding to requests for more information, and eventually being awarded it (only to find that you can only spend it in certain ways), but for the reason that no-one ever tells you about: CLAW-BACK... 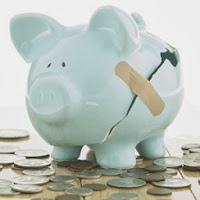 Within any grant awarded, you, the recipient, will sign an agreement and somewhere in the small print of it will be a clause that says if you fail to keep all the paperwork you’re supposed to, or don’t spend it on the things you said, or fail to engage with as many people as you thought you would, then you have to pay it back (after you've already spent it...)

And in my experience, advisors, grants officers and others will never stress upon you how real this risk is. And that’s a real concern as I know of several charities and groups over the years who've gone to the wall because they've been found wanting by the funder when it came time to file their reports and paperwork, and they've had to wind up in order to clear the arising debt.

From time to time, I'm invited to support various grant making programmes and initiatives – and I currently find myself having to serve notice on some local, fantastic groups who didn't keep their admin up to date and so now have to find a way to repay thousands of pounds. At its heartbreaking. So please, if you’re applying for grants – make sure you have proper admin systems in place to keep all the paperwork up to date that you’ll need as evidence for the funder. It may be glamorous or sexy or exciting, but it’ll mean you can keep meeting the needs in your community and stay credible in the eyes of everyone.

Posted by Adrian Ashton at 2:30 PM No comments:

how ethical is your business advisor?

"my name is Adrian, and I've been a business advisor for about 15 years..." - sometimes I feel like I've a shameful secret about who I am that I can only be absolved of in a similar way to attending a meeting of Alcoholics Anonymous...

And its nothing to do with me, but with those other guys - the small group of ill-informed advisors out there who through their practice end up causing more difficulty for the enterprises they're supposed to be supporting than they started with by directing them down paths that are wholly unsuitable or not making sure they've connecting them to sources of funding or further support that might be available to them.

And you won't always be able to spot them until its too late - because they look the part, they know the jargon and they exude a confidence that makes you feel you can't question their counsel. But you should - after all, its your enterprise, not theirs; you're the one who has to live with it while they can walk away; and what they think they know may not be appropriate for what you need to know.

If its starting to sound like getting a good business advisor is a bit of a lottery, take heart for there are some simple steps you can take to assure yourself that the person you've asked to walk alongside you does actually have your interests at heart (rather than their accountant friend who they're strongly encouraging you to sign a contract with...) -


'but what about qualifications?' I hear you cry. Well, I'm afraid I don't see these as an indication that your advisor is any good at being able to support you, merely that they can pass some exams - after all, you may have got your Maths O-level or GCSEs, but how many of you could easily solve simultaneous equations now if I asked you? My experience is that while qualifications have a purpose, they're not the automatic assurance that you should be seeking;

after all, if your business is going to be ethical, shouldn't everyone else be who you invite to be involved with it..?

Posted by Adrian Ashton at 5:08 PM No comments:

so - earlier this summer lots of people (including me!) got excited to hear about our Government wanting to encourage more of us onto our bicycles and investing nearly £80m to back up the rhetoric!

sadly, at the same time Northern Rail seem to be doubling their efforts to actively discourage cycling...

Anyone trying to board a Northern Rail service (at any time) with a bicycle will know how hit and miss it is as to whether there'll actually be a bike rack on a carriage, and if there is, if there'll be space to squeeze another frame in. But Northern seem to have now gone one better and seem to be actively discriminating against cyclists: they're about to close a tunnel for maintenance works for 5 months during the upcoming winter period, and during this time have arranged a replacement bus service between affected stations.

Now, any cyclist will know that replacement bus services can sometimes struggle with any passenger carrying more than a shoulder bag... so I made enquires at my local station office in Todmorden and was assured that pushchairs and wheelchair users would be accommodated, but that they were unsure about bicycles.
So, a few emails to Northern Rail customer services later, and I've been told that there will be no provision made for 'non-folding bicycles' - this means that if you're travelling by train with your bike, you'll need to cycle the 15 miles between stations yourself, in winter, and having done it myself (once!), you'll need to give yourself at least an extra hour and a half and be in really good shape to cope with the inclines...
Of course - the folding bicycles refer only to the brompton-style commuter bikes, and lovely as these are, not many people in the valleys have them as their wheels are too small to be able to cope with the hills in these parts.

So - for the next 5 months, I'll be forced to use a car for travel, as Northern Rail have failed to make provision for me as a passenger with a bicycle, while every other group of passenger will be catered for.

No wonder they've their own hashtag on twitter: #northernfail

Posted by Adrian Ashton at 4:53 PM No comments: