Pornography is more ethical than tobacco

...at least, that's the finding of the most recent research into charity investment f 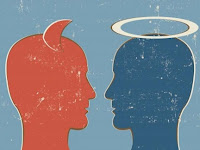 unds.
What surprised me most isn't the ordering of what's most and least ethical, but the gap between them: nearly 90% avoid tobacco, while only 36% avoid alcohol.
But what are these ethical views based on? In the case of this survey, it was principally the fear of reputational risk to the charity. But other institutions base their ethical decisions on what their customers view to be the 'most' ethical from a short-list of options (for example, The Co-operative Bank).
But what should we as consumers, citizens and otherwise general influencers of the world at large be then basing our ethics on?
I wrote a piece a few years ago
arguing that faith-based entrepreneurs could teach us a lot as a movement in this regard as their ethics are based on their faith which in turn is rooted in scriptures and theologies that have remained pretty consistent over the centuries and millennia – and its important that as social entrepreneurs we are aware of the implications of ethics changing: remember that in the grand scheme of things, its not that long ago that slavery was deemed to be ethically acceptable...
Then there's also the argument that its only by actually investing these 'unethical' industries that we can hope to change them for the better.
Posted by Adrian Ashton at 12:54 PM No comments: 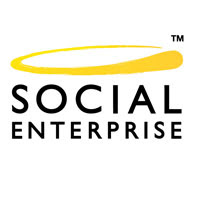 I recently learnt that RISE, the regional social enterprise partnership that developed and pioneered what’s tipped to become ‘the’ quality standard for social enterprise kite marks, hasn’t actually been award the standard itself, despite using the image prominently on its literature.

Looking into this area further, Social Firms UK, the national body who’ve developed the ‘Star Social Firms’ kite mark in partnership with SFEDI, haven’t actually been awarded it themselves either.

So what’s going on? Is it a case of ‘do as we say, but not as we do’ by the great and the good, or perhaps indicative of something else –is it a case that the criteria of these kite marks are too prescriptive and not able to fully recognise the diversity of our sector? (the national review of the social enterprise mark underway at the moment would seem to support this). Or perhaps its more to do with the desire that as a sector we get on with ‘doing’: a key criteria of these kite marks is in relation to trading, so are our networking/umbrella/apex bodies perhaps not entrepreneurial enough? (which harks back to my concern that their message is becoming ‘do as we say, but not as we do’).

Either way, this surely only contributes to confusion about social enterprise that many within and without our sector have about what we are…
Posted by Adrian Ashton at 11:38 AM No comments: