just because you didn't get wet, doesn't mean your business won't be killed by floods...

We're fast approaching 2 months since Todmorden and the rest of the Calder Valley got hard hit by the floods that washed out last year's Christmas.

It's a good time to pause and reflect on not just how far we've come in our recovery, but also how far we've still to go - some businesses are now admitting that they were perhaps a little optimistic in initial estimates of how long it would take to re-open, and many are also starting to feel the wider knock-on impacts, realising that the damage the floods have wrought continue long after the waters have subsided, houses dried out, and stock replaced...

While many businesses were fortunate not to be directly flooded, those that were have had mixed fortunes in their recovery - the local Council has recently extended its criteria for business recovery grants to now recognise home-based businesses, and there have been a number of successful crowd-funding campaigns, but others have found the cost of recovery just too great a burden to manage and have sadly shut up shop for good leaving us poorer as a valley in terms of our diversity of employment, industry, and character. 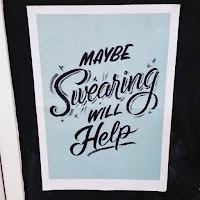 And it's that knock-on effect that people are now starting to feel able to talk about - although their premises weren't flooded, they've still lost trade and income from losing their suppliers to floods, or there being far less trade along the valley as consumers start to shop elsewhere, believing that nowhere will be open after seeing the widespread images of devastation broadcast by the media of the area.
And it's only now that they're starting to talking about it, because of feeling guilty that they weren't flooded so they don't have the same right to complain as those of us who did - yet their livelihoods (and those of their employees) are suffering nonetheless.

Although there are support packages being made available for businesses affected by floods, (and they all have different criteria), one thing they share universally is that your business has to have had water enter your premises. But as we're starting to see as people increasingly come forward and start to speak out, flooding can destroy any business without having to come anywhere near your building...

But as before, when I profiled what local businesses responses have been in the initial aftermath, the community is once again rallying to support its employment and livelihoods - Hebden Bridge is becoming the 'North Pole' of the Valley at the end of June when we're re-staging the Christmas we lost: festive lights are being put up, a big tree in the square, snow machines, carol singing,... a great opportunity to remind the rest of the world (and its consumers!) that the Calder Valley is rising to greatness again! So please feel free to come and share some of your spending power in supporting those businesses for whom you're the only source of support..
Posted by Adrian Ashton at 2:19 PM